In the written history, one event is being remembered as a unique example of voluntarily surrendering a state sovereignty to another state without firing a single bullet. It was the handing over of the revenue collection of Persian state of 19th century to a British firm. However, we are now witnessing another example of such nature in the 21st century in the Allah given country and that is the handing over the control of the state of bank of Pakistan to IMF.

During 18th and 19th centuries, with the Russian attempts to consolidate its southern frontiers and with the increasing British dominance of the Indian Subcontinent and adjacent territories, a situation of near collision arose between the two powers. There began a game of imperialistic diplomacy, military threats, exploration, and espionage throughout Central Asia which later became known as the great game. Persia became one of the playgrounds in this prolonged war of attrition between these powers for the expansion of their influence.

Facing the crisis of legitimacy and a collapsed economy, Qajar dynasty became allied with the British. They expelled French emissaries from Persia but because of the presence of mighty Russian army on Persian borders, they also tried to somehow appease the Russians by granting the permission to establish branches of Russian banks in Persia and giving licences to some Russian trading firms. However, even these small gestures were not acceptable to the British. Concerted efforts were made to make Qajar rulers vassals of the British and for that taking the total economic control of Persia was imperative.

In their endeavours, the British found a staunch supporter and trustworthy puppet ruler Naser al-Din to implement their plans regarding Persia. To acknowledge his services to the empire, he was appointed by Queen Victoria a Knight of the Order of the Garter, the highest English order of chivalry.

Naser al-Din granted exceptionally favourable concessions to the British companies, one of them was unprecedented in the history of the world. In 1890 he awarded the ownership of the Persian tobacco industry which was one of the major source of revenue for his kingdom (the concession included the purchase, sale, and processing of all tobacco in the country) to a British major Gerald F. Talbot. This was not the end of Naser al-Din’s attempts to give concessions to the British; he later gave the ownership of Persian customs and revenue incomes to Paul Julius Reuter. The agreement gave his firm the total control over Persian roads, telegraphs, mills, factories, extraction of resources, and other public works in exchange for a stipulated sum for 5 years and 60% of all the net revenue for 20 years. Lord Curzon, the architect of British control in India and the middle east characterized it as the most complete grant ever made of control of resources by any country to a foreigner.

To keep a constant check on Naser al-Din and to prevent him to seek assistance from the Russians, the British officials in India patronised and financially help the religious elite of Persian state. On the one side, the officials in charge of Persian affairs frequently reminded the Persian ruler of the threat of military invasion if he did not comply with their increasing demands and on the other side, to put further pressure they recruited Ayatollahs and financially helped them to start a campaign against the Persian king. Although Qajar ruler was in no position of expressing opposition to the British or seeking new friends, nevertheless, the Ayatollahs with active support of the British mission in Tehran and Isfahan began an anti-Naser al-Din campaign by demanding democratic reforms.  It was a also unique in the history of political science that Muslim clergies were demanding democratic reforms, a practice which is anathema to Islamic teachings. They were also at the same time opposing liberal reforms introduced by him.

Naser al-Din despite the humiliating behaviour of the British officials and conspiracies against his rule remained loyal to the British but it appears that somehow, he became dispensable and was assassinated in Tehran by a recruit of the famous British agent Jamal al-Din Afghani in 1896.

The Reuter concessions and other trade agreements were the beginning of the political and economic domination of the British and then Americans over the Persian state until the overthrow of Reza Shah Pahlavi in 1979.

After second world war, the British empire collapsed. Before withdrawing from India, the British created the client state of Pakistan on religious grounds to safeguard their strategic and economic interests in South Asia and the middle east. To make it geographically viable, Balochistan was made a part of the religious state. In a cold war perspective, to complete the physical barrier of friendly Muslim countries against the Soviet Union. Pakistan was also encouraged to occupy a part of Indian territory in Kashmir to have a physical border with the eminent socialist China. To make it economically viable, the western alliance donated handsome amounts and from time-to-time World Bank and IMF sanctioned loans at concessionary rates.

Things were fine for many decades, and Pakistan served loyally to its creator and patronisers. Pakistan became one of the bases where Islam was used to stop the increasing popularity of progressive and democratic values in the region. Its army served as a mercenary force wherever the physical need arose in the protection of western interests.  It was used to provide security to rulers of the gulf states who were unpopular and regarded by the population as the lackeys of colonial powers. It was used to create and train Mujahideen and Taliban fanatics during the last two decades of 20th century. In return, the democratic and civilized west kept a blind eye on military rule in the country and the brutal subjugation of minority nations like Baloch, Sindhis and Pakhtuns. The gulf countries on the instructions of the west gave unusual financial favours to sustain the economy of the Allah given country which was going downhill because of the endemic corruption in the ruling military and its allied political and religious elite.

The collapse of the Soviet Union and the Indian strategic and economic alliance with the west changed the parameters of friendship of the west with Pakistan. Preparing Taliban forces to disturb the democratic and liberal reforms in Afghanistan after 9/11 and the recent takeover of Afghanistan by Pakistan through Taliban was one of the humiliating acts of a client state against its superpower master and friendly European countries. The manufacture of dozens of Islamic nuclear bombs caused much alarm in the west and being seen as a major threat to the security of the world. Hobnobbing with China and the plan of giving Gwadar or Karachi port to them in exchange of loans and military assistance is another worrying factor for its patrons in the west.

In this context, for many analysts, things are not fine between Allah given country and its creators and patronisers. But they believe that the west has not given up hope and still considers Pakistan as a prodigal son. But for many others, due to many misgivings, and with an increased level of mistrusts, the relationship will never become cordial. They believe that the creators and patrons are in no mood of accepting the prodigal son. For them the west is now for the total control of its client state.

Economic situation has deteriorated to such an extinct that Pakistan is vulnerable on many fronts, but the most emergent issue is to avoid the bankruptcy. The military rulers see minimum annual revenue collections as worrying. They are worried that without grants and donations from the west, maintaining a huge military establishment having multi-layered financial and political interests with meagre state resources is impossible.

To avert bankruptcy and a total economic collapse, Pakistan has agreed to the IMF demand of surrendering its control of the State Bank of Pakistan. In other words, it is granting the complete control on the financial and economic matters to IMF. This is very much reminiscence of the Reuter concession in the 19th century Persia.

Many financial and political analysts are sceptical about the resurgence of Pakistani economy even under the IMF control because of many underlying disabling factors in the country’s social and political milieu. In this context, eventually, further financial assistance from the IMF will be linked to the abandoning of Islamic bombs making Pakistan vulnerable to any Indian move. If Pakistan refused to hand over its nuclear arsenal than it will create far reaching consequences culminating in the implosion of the religious state. They consider the taking control of Pakistan by IMF is indeed the beginning of an end. They believe that the IMF after collecting major chunk of its loan, will abandon Pakistan in a politically anarchic and economically chaotic situation from which it will be hard for the demoralized and ill-paid Pakistani military to subjugate the Baloch, Sindhis and the Pakhtuns.

The implosion of Pakistan in near future undoubtedly causes both challenges and opportunities for the subjugated nations. It is a real text of political and strategic planners of nationalist forces. For the leaders of these nations, it is the time to analyse the situation in order to prepare themselves for the coming upheavals in the region after the collapse of Allah given country. 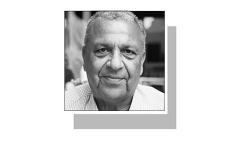 Why the genocide in Bengal is touching to me?

Aspects of cultural genocide in Sindh and Balochistan

India
Read More
Back to top