Pakistan must apologize for Genocide in Bangladesh Article Two of the UN ‘Convention on Prevention and Punishment of Genocide’ defines genocide as “any of the following acts committed with the intent to destroy, in whole or in part, a national, ethnic, racial or religious group, as such”: killing members of the group, causing serious bodily or mental harm to members of the group, deliberately inflicting on the group conditions of life calculated to bring about its physical destruction in whole or in part, imposing measures intended to prevent births within the group and forcibly transferring children of the group to another group.

Pakistan’s genocide of Bengali people began on March 25, 1971, when its military government refused to hand over power to the people elected by the majority of the people of Bangladesh. The Dhaka University was attacked by the military resulting in the death of 7000 students, teachers, and staff. Pakistan army termed its military repression on Bangladesh as “Operation Searchlight” that targeted the Bengali people including ordinary citizens, political activists, intellectuals, and students.

There is no doubt that the scale of brutality, methods of torture, and other criminal methodologies employed by the Pakistan army and its local collaborators in Bangladesh were unparalleled in modern history. The brutal incidents were witnessed by the world in the form of the rape of thousands of women and the killings of children. Nevertheless, the Bengali people fought vehemently against the repressive forces and their allies and liberated their land. This was generally termed the Fall of Dhaka but was a heroic war of liberation.

According to Mousumi Akter, the Pakistani forces surrounded Dhaka city with tanks and other military vehicles. Truckloads of army men spread out through the city streets for stamping out all civil resistance. • At midnight, the Dhaka University halls of residence and the staff quarters were attacked with tanks and armored vehicles. Several teachers, students, and officials of the University were killed. Many buildings including some newspaper offices in Dhaka were battered with mortar shells. Many people were burnt alive in the houses set on fire. Various parts of old Dhaka, including the Hindu majority. It was estimated that more than 50,000 men, women, and children were killed in Dhaka, Chittagong, Jessore, Mymensingh, Kushtia, and other cities within the first three days of the genocide.

The Genocide ended when Pakistani occupied forces surrendered before the Indian forces on December 16, 1971. During the horrible genocide 3 million people including children. 300,000 women were raped by the occupied forces and men from the religious parties. The resulting deaths, pain, sorrows, miseries, sufferings, displacement, and devastation of Bengali people are heart-wrenching with scars of injuries and psychological after-effects that will remain as painful memories for Bengali people for decades to come. Hundreds of Intellectuals, journalists, teachers, and progressive writers were killed by occupying forces and their henchmen.

As the perpetrators of genocide in Bangladesh have not been given punishment, the Genocide of various oppressed nations in Pakistan continues unabated.

Following the surrender of the Pakistan army before the Indian forces on December 16, 1971, the Pakistani forces launched another deadly military operation against the nationalist forces in Balochistan under General Tikka Khan, the former martial‐law administrator who oversaw the military operations in Bangladesh. These operations of different intensities were not limited to Balochistan but also targetted Sindh.

During the military operations in Balochistan, helicopters and fighter jets were used against resistance forces. Aerial bombings were conducted in which several people were killed and thousands of families were displaced from their homes.

In recent times, the Pakistan military and its auxiliary organizations are involved in the forcible disappearance of thousands of activists, particularly those who demand the right to self-determination. Thousands of people from Sindh, Balochistan, and Khyber Pakhtunkhwa (KPK) have been arrested and disappeared and many have been extrajudicially killed during their disappearance in the military custody.

In the above-mentioned areas, military and para-military forces are present in all cities and towns, patrolling, humiliating, and killing ordinary people particularly young ones on the flimsy charges of terrorism.

The forced disappearances were very rare in Pakistan, however, General Musharaff in his dictatorial regime of nine years introduced enforced disappearances as the potential instrument to silence the population. From Balochistan, since 2002 to this date more than 20,000 persons were disappeared after their arrest by the plain-clothed and uniform men, and hardly ten percent of those disappeared were recovered. The tortured and mutilated bodies of tortured persons were found on the roadside or in deserted areas. According to various reports, the Pakistan military is running around 60 torture cells in the country.

The military has continued the same criminal practices in Sindh which is the most deprived province in the country. It remains under the control of military and para-military forces. Since 1987 the Rangers are stationed in Sindh. Extra-judicial killings are common. This province is also facing enforced disappearances. During the reign of military dictator, General Zia Ul Haq conducted aerial bombardments in several cities of Sindh. A group of students who were going on an excursion tour to Moinjo Daro was directly fired and killed.

There are hundreds of cases of enforced disappearances in Sindh. According to the UN Working Group on Enforced and Involuntary Disappearances, 365 persons are missing in Sindh. Many disappeared persons have been killed extrajudicially.

Similarly, enforced disappearances are reported from KP province particularly from border areas close to Afghanistan. According to different sources, more than 5000 men and children are disappeared there.

As Pakistan was never pressed hard to apologize for its crimes in Bangladesh, it has not stopped its criminal activities until this date.

The Afghan jihad was initiated with the aim to perpetuate and export Genocide across the borders of Pakistan and one can see how a beautiful country was destroyed and how its tolerant society and history were ruined by Pakistan who actively provided training to Mujahideen.

In the light of this evidence, the International Human Rights Council-HK demands;

Baseer Naweed delivered this writing as a presentation at the 3rd International Conference of the European Bangladesh Forum (EBF) on ‘Recognition of 1971 Bangladesh Genocide’ on November 30, 2021- at Nieuwspoort, the Hague, The Netherlands

Mr. Abdul Baseer Naweed is an exiled Pakistani human rights activist now livnig in Hong Kong. He is a senior journalist, columnist and a writer and receipant of numerous awards in recognition of his work. Currently he is the Executive Director of the International Human Rights Council-HK (IHRC-HK). 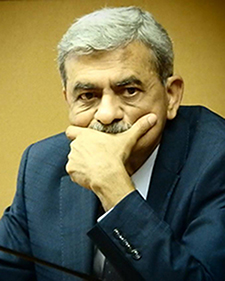 Baseer Naweed
Mr. Abdul Baseer Naweed is an exiled Pakistani human rights activist now livnig in Hong Kong. He is a senior journalist, columnist and a writer and receipant of numerous awards in recognition of his work. Currently he is the Executive Director of the International Human Rights Council-HK (IHRC-HK).

Mr. Abdul Baseer Naweed is an exiled Pakistani human rights activist now livnig in Hong Kong. He is a senior journalist, columnist and a writer and receipant of numerous awards in recognition of his work. Currently he is the Executive Director of the International Human Rights Council-HK (IHRC-HK).

Why the genocide in Bengal is touching to me?

India
Read More
Back to top