As the political notion goes – “Nations without recognized state borders are an open invitation to occupation and human rights violations by the powers to be.” Baluchistan, after Kurdistan, is the largest stateless nation on earth with a centuries-old history of armies marching through or occupying the lands as a geostrategic asset. Like every other occupied people, Baluch has faced extreme atrocities, loss of identity, deculturation, and systematic economic backwardness.

Occupation of nations breeds war crimes and crimes against humanity – it is an inherent by-product of foreign military force in conflict with peoples’ aspirations.

Iranian regime’s February 22nd deadly attack on Baluch civilians, though shocking for the world, did not surprise the people who have lived under its brutal occupation since 1928. The Islamic Revolutionary Guards Corps (IRGC) mass public killings are nothing new as the theocratic regime has always demanded nothing less than complete surrender and loyal obedience from its citizens. The exact number of fatalities is still unknown because of the internet and media blackout – however, locally, it is reported to be between 58 dead and many injured.

The numbers are rising because the civil unrest is spreading to different towns and cities of Sistan-Baluchestan, and the conflict is getting deadlier by the day. There are reports of a large contingent of IRGC troops deployed in the area from different parts of Iran. Locals are observing a constant movement of troops into the Baluchistan towns and cities.

The Baluch oil traders, massacred at the border, were young men in their 20s providing food and necessities of life to hundreds of thousands of Baloch families. The state security forces control the oil trade at the Iran-Pakistan border on both sides and are the real beneficiary in this case. The Baluch oil traders play a pivotal role as carriers of the merchandise with minimal rewards.

In the last three months, from December 2020 to February 2021 – Iran executed twenty-one Baloch prisoners in Zahedan, Mashhad, and Isfahan without providing them appropriate legal council or judicial proceedings. The regime accused many of the prisoners of engaged in drug trafficking and rebellion against the Islamic Republic. In some cases, the government executed prisoners while their appeals were pending at the courts. Prison authorities informed the families of the prisoners only a day before the executions.

Months before the prison executions and border killings, Iranian authorities had floated the proposal of dividing the Sistan-Baluchestan province into four smaller parts and renaming the territories, disassociating them from the cultural heritage of Baluch and Baluchistan. Iran’s policy towards Baluchistan is not something new – Tehran has repeatedly come up in the past with the idea of breaking up the region of Baluchistan into smaller administrative units with Persian names.  Large chunks of Baluchistan territories have been sliced off and annexed into non-Baluch provinces under the pretext of development and cultural advancement.

The Hormozgan province, with Bandar Abbas as its capital and 1000 kilometers of coastline facing the Arab Gulf States of Oman and UAE, has a significant Baluch populace. After the 1979 Islamic revolution, the Iranian regime annexed Baluchistan territories in Kirman and South Khorasan provinces under new administrations, creating Baluch demographic changes.

The Iranian government’s draconian experiment of forceful assimilation of Baluchistan land and people has resulted in gross underdevelopment, abject poverty, and loss of the Baluch nation’s geographical integrity and identity. Today, the Baluch living in the annexed territories in Hormozgan, Kirman, and South Khorasan provinces are marginalized and worse off than their brethren in Sistan-Baluchestan.

The Persian dominance over Iran perceives Baluch, Kurds, Ahwazi Arabs, Azeri Turks, and Turkeman as subordinates of their once vast empire, from Greece to Afghanistan and India. It is inconceivable to the Persian, theocratic Shi’ite regime to accept a multicultural country of nations, Baluch and others, pre-existing the Persians in the region.

Thus Iran has had a one-nation policy – one flag, one language, and one religion. This mindset crushes all others into submitting to one in power – the Persian/Shi’ite, whether it is the monarchy in the past or present clergy. No change of regime in the future can be acceptable to Iran’s peoples without recognizing the oppressed nations – Baluch, Ahwazi Arabs, Kurds, Azeri Turks, and the Turkeman.

To weaken the Baluch nation’s political resolve, Iran has devised the policy of further division of Baluchistan into four or more administrative provinces – none of them carrying the name and national identity of Baluchistan. The idea was proposed last year in the Iranian parliament to divide Baluchistan for “administrative” and “developmental purposes” – in actuality, to weaken the Baluch political identity and the demand on critical issues of culture, socio-economic progress, and representation.

The multibillion-dollar Chinese investment in Baluchistan’s port city of Chabahar and the 25-year pact between the two governments has sparked a new movement opposed to Tehran, spreading across the country as “Iran not for sale.” The impact of China’s ambitious designs in the Middle East will have its disastrous outcome in Baluchistan in demographic changes. The large influx of non-Baluch population into Baluchistan will eventually outnumber the indigenous people in the cities such as Chabahar into an insignificant minority without the political muscle to challenge the regime.

The colonial occupation of Baluchistan in the 19th century by the European powers, namely, the British, and the redrawing of its boundaries, broke up the sovereign Baluch state into territories swallowed up by Iran, Afghanistan, and Pakistan. The Goldsmid Line (1871) and the Durrand Line (1893) were the British colonial interests’ outcomes concerning the Czarist Russia’s eastward dreams and the Anglo-Afghan wars.

The first quarter of the 20th century saw a revival of Baluch nationalism in conflict with the Persian Qajar dynasty – and by 1916, Mir Bahram Khan gained Baluch territories to consolidate his power in Baluchistan. His nephew, Mir Dost Mohammad Khan, succeeded to the throne in the early 1920s and proclaimed himself the King of Baluchistan. However, Reza Khan’s forces, backed by the British colonial mission, crushed the resurgent Baluch movement, and Mir Dost Mohammad Khan faced execution.

Reza Khan’s brutal military aggression deep into the Baluchistan country eventually defeated the Baluch struggle for sovereignty. By 1928, the Baluch state or kingdom’s dream had died down in western Baluchistan with the British-Persian alliance firmly in power throughout Iran. The British interest was to stop the Soviet influence in Iran, fueling rebellions, destabilizing the region.

The Islamic revolution of 1979, the post-cold war era, and the USSR’s demise have entirely changed the region’s geopolitics. Once a formidable ally of the West, Iran under Ayatollahs is a threat to the interests of democracy and peace. China is the new global player in the game, with rising tensions between the U.S. and Beijing. In its quest for new ports and energy routes, China is spending billions on two Baluchistan port cities of Gwadar (Pakistan) and Chabahar (Iran). The entire region of Baluchistan, across the two states, is in turmoil – facing atrocities, aggressive military campaigns, and gross human rights violations. Both Iran and Pakistan have developed a strategic military alliance with PLA to address domestic and regional disputes.

In continuation of the British colonialism, Tehran’s Baluchistan policy is mainly a border security issue and control over the Baluch rebellious tribes by deliberately keeping them destitute and underdeveloped. The Baluch conflict with the Persian-Shi’ite state of Iran has been of particular interest to the neighbouring Arab Sunni states. During the eight years of the Iran-Iraq war in the 1980s, West and the Arab Gulf states supported Saddam Hussain to engage and weaken the Islamic Republic of Iran.

Saddam armed the groups fighting the Islamic revolution, including Baluch tribesmen, to operate raids against Iran’s IRGC camps. Currently, Saudi Arabia, in opposition to Shi’ite Iran, is sympathetic and supportive of the Sunni minority movements that have made Baluchistan their focus of action.

The author is a Toronto-based human rights activist affiliated with Baloch National Movement. He is President of the Baloch Human Rights Council of Canada. 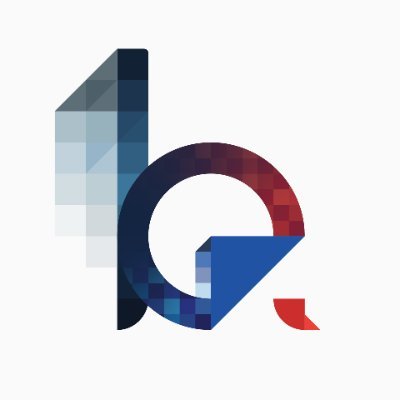